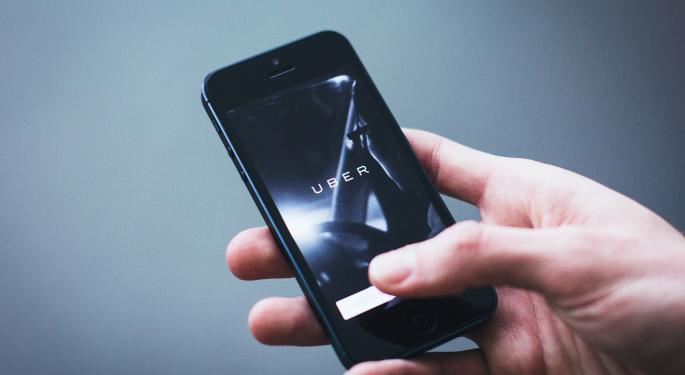 In his first 24 hours on the job, the new head of Uber Freight Europe spoke about his responsibility to prioritize the digital brokerage’s investments and achieve a balance between revenue growth and profitability.
This morning, Wednesday, January 22, Uber Technologies Inc UBER 0.01% announced that Amazon veteran Tom Christenson has joined the company as regional general manager of Uber Freight Europe.

“We’ve celebrated a number of milestones at Uber Freight over the last year – key among them was our expansion into the European market,” said Lior Ron, Head of Uber Freight, in a statement. Ron added, “Today, Uber Freight operates in the Netherlands, Germany, and Poland, and I look forward to seeing our European growth continue under Tom’s leadership. I know he’ll guide the team into 2020 and beyond, scaling sustainable business in the region by increasing efficiency, reducing empty miles, and elevating customer needs in one of the largest freight markets in the world.”
Christenson began his career at JP Morgan Chase & Co JPM and Oliver Wyman before spending ten years at Marsh & McLennan Companies, where he rose to chief operating officer. Christenson worked in several industries including consumer reporting and software before settling at Amazon, where he spent nearly five years divided between Seattle and Luxembourg as a general manager and P&L business leader. Christenson is relocating to Amsterdam for the new role.
Scaling the three-sided marketplace of seller, customer, and transportation provider as the general manager of Europe’s seller-fulfilled Prime gave Christenson an appreciation for the task of responsibly growing a logistics business in a complex regulatory environment.
FreightWaves spoke to Christenson by phone.
“[Uber CEO] Dara [Khosrowshahi] has made it very clear that to drive efficiency in the business and leverage the power of the platform to drive toward profitability is a very high priority for the business,” Christenson said. “My responsibility is to help lead the EU business to prioritize investments and help us be powerful contributors to Uber’s revenue and overall profitability picture, driving toward a balance between those two.”
Uber Freight reported revenues of $218 million in the third quarter of 2019 and adjusted EBITDA losses of $81 million. Although so far Uber Freight has not come under scrutiny from Wall Street investors—analysts almost never ask about it on conference calls—Khosrowshahi has said that Uber will take steps to exit unprofitable markets where the company cannot be the number one or two player. Earlier this week, Uber closed the sale of Eats India to Zomato, a food delivery service locked in a fierce battle with Swiggy, in exchange for a 9.99% equity stake. Uber’s stock price soared more than 7% on the news. Over the past month, shares of Uber have climbed more than 22% as management signalled its intention to pivot toward unit economics and profitability.
For now, Christenson is laser-focused on Uber Freight’s customers, which means both shippers and carriers.
“Starting with the customer and working backwards is a fundamental tenet of most successful businesses,” Christenson said, “and I’m thrilled that Uber has the same customer obsession. The most exciting thing about this business, and logistics in particular, is having two sets of customers—the shipper and the carrier.”
Although he was not part of Uber Freight’s earlier decisions to expand into the Netherlands, Germany, and then Poland, Christenson said that strategy was driven by how freight flows across Europe.
“There’s a lot of cross border traffic between those nations,” Christenson explained. “In terms of building efficiency for carriers who are looking to solve the problem of empty backhauls, it makes an awful lot of sense. We continue to look to expand our network and we are already moving loads across continental Europe.”
No one player has more than single-digit market share in Europe’s fragmented freight brokerage industry, Christenson explained, giving Uber Freight an opportunity to carve out a large space.
Addressing how he fit into the new role, Christenson said that he’s spent his career developing skills in prioritizing investments and scaling businesses “at speed and responsibly.”
“Building strategic relationships with large and small customers has been an area where I’ve had the opportunity to learn at my prior roles—at Fortune 100 companies delivering outsourced business services, but also working with millions of independent and small businesses and help them match their shipments to customers,” Christenson said. “I’ve had very good experiences working at organizations that are very responsible at managing employees, customers, and  community, and working responsibly within regulatory environments. Those are the pillars I’m drawing on to drive success at Uber Freight and the things I’ve been impressed with by the team so far.”
Image by freestocks-photos from Pixabay