Along the way, Omnitracs added 200 new employees, boosting the total to about 800 people who now serve about 30,000 customers globally and touch one million assets scattered across 60 countries in one way or another every day.
Looking ahead, Graham painted a picture of the transportation market as Omnitracs sees it, identifying top industry trends and several key market drivers for fleets that together are giving shape to the company’s current and future work.
Among the top industry trends:

Heading the list of market drivers for fleets are productivity, driver retention, regulations and cost escalations.
We think that merging market trends and key issues for fleets with product strategy is the way to look at this market, Graham noted. Accordingly, he shared what he called “a few tenets of our vision” for product development, such as:

“We want to cover the whole market,” Graham said, “And it is a large landscape.”
Other members of the Omnitracs executive team also joined Graham on stage to bring additional detail to the discussion. Kevin Haugh, general manager of Roadnet Technologies, for example, took at closer look at the subject of “big data.” 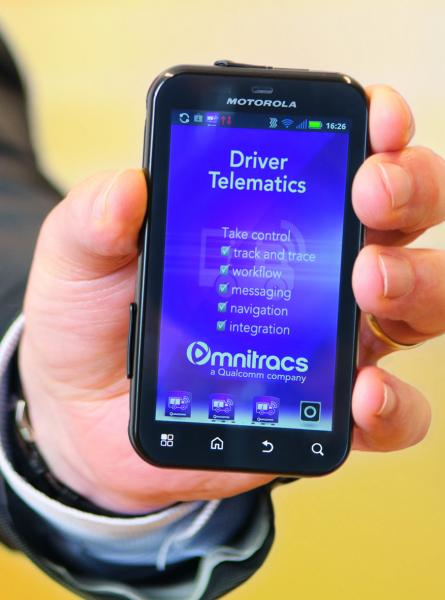 “We have truly entered the golden age of data and analytics,” Haugh observed. Up to this point, some 70 percent of all data and analytics projects failed, they didn’t just fall short, they failed outright, he said.
This disappointing performance was tied to several factors, he noted. It was hard to get the right data out of source systems; data was not timely because it took too long to get it; there was poor data quality, which could be misleading; and the people who wanted to use the data had “day jobs” and no spare time to find ways to visualize the data to make it usable.
Today, there is a huge amount of data coming in, Haugh said, and fleets want better business intelligence and analytics to help them put it to good use. They don’t want to be just looking backward either, he added. They want to look forward, as well, although only about three percent of fleets are actually doing that now.
One of the reasons why is that companies just don’t know where to start, he observed. They don’t know what to measure first. Omnitracs, therefore, is “looking to provide a comprehensive view of the enterprise,” he said.  We are also trying to help fleets “connect the dots” by using analytics to identify root causes.
Omnitracs also plans to provide customers with more very targeted data such as per diems and driver scorecards featuring predictive and prescriptive analytics. For example, you could improve driver retention, he noted, if you could predict which drivers were most likely to leave. That is something we can do now.
If you could predict far enough in advance that you were in danger of having a serious service failure for a key customer, such as missing a time window, Haugh added, you could take action to avert that failure.
“We are working to help you visualize data in new ways, to find the needle in the data haystack,” he told the audience.
Omnitracs Outlook 2015 continues through Wednesday, February 11. Tomorrow, Joe DeLorenzo, Federal Motor Carrier Safety Administration (FMCSA) director, office of enforcement and compliance is scheduled to share FMCSA updates with attendees
Original Source: https://www.fleetowner.com/technology/article/21689912/omnitracs-some-things-are-better-together