Article by Josh Fisher
With more than 20 billion mobile devices across the world connected to the Internet, the need for speed is growing almost as fast as the possibilities.
As telematics software continues to get smarter and the possibilities of telematics technology continue to grow, so does the need to transmit more data even faster. That is a big reason why fleets should be embracing the end of 3G for 4G LTE — and looking forward to the fifth generation of mobile data cellular speed capabilities, known as 5G LTE.
“Once upon a time, it was enough to see where vehicles were. Now we expect to have additional insights at our fingertips regarding operational planning, compliance management, safety reporting, and financial performance,” Paul Miller, connected fleets and product manager at Verizon Connect, told FleetOwner.
The surge in smart devices has put a lot of strain on mobile networks. In just the past two years, the world has gone from 6.4 billion connected devices to more than 20 billion in 2020, according to research by Gartner, which forecasts 80 million of those to be transportation endpoints. And that surge in more devices is why fleets must update their mobile technology. Older devices based on 3G services will soon find degraded coverage across the U.S. as cellular carriers stop maintaining the older technologies and focus on the next generation of mobile services.
A lot of that growth in mobile-connected devices came during the electronic logging device (ELD) mandate rolled out late last decade. The 3G sunsetting means some fleets that are fully compliant with the ELD mandate need to “make sure the equipment they have in place is on a network that will give them adequate coverage,” Doug Schrier, vice president of product and innovation for Pegasus Transflo, told FleetOwner in 2019.

As mobile data usage has grown, cellular carriers are running out of spectrum. As more spectrum is added, carriers need to phase out older generations of cellular network technology. So mobile companies stop servicing older generations of the network to focus on the latest generation.
More than a decade ago, 2G was phased out so mobile carriers could focus on the more prevalent 3G networks, while building up their 4G networks. This decade, carriers are phasing out 3G networks across the world (while still servicing current 4G infrastructure) to make way for 5G, which is supposed to bring users ultra-fast data speeds with low latency and bigger capacity than 4G, which is about 10 times faster than the sunsetting 3G data speeds.
While 3G mobile data could be transferred up to 384 kilobytes per second, 4G improved cellular data to up to 100 megabytes per second. Now, 5G promises speeds up to 10 gigabytes per second.
AT&T was the first major cellular carrier to shut down its 2G service back in 2017.
“We were very successful in sunsetting the 2G network,” Lisa Park, assistant vice president of Internet of Things business development at AT&T, told FleetOwner. “We are using our lessons learned from that to drive the success of our 3G sunset plans.”
Park said AT&T has been advising its commercial customers “to begin their migration planning as soon as possible to upgrade devices and solutions to 4G LTE to avoid possible service disruption.”
Telematics provider Trimble started including 4G connectivity on its devices back in 2017.  The company has spent much of the last year making sure its fleet customers who had older devices made plans to upgrade to the newer, faster technology, according to Rick Ochsendorf, general manager of the Transportation Mobility Division at Trimble.
While some 3G service will be around in North America until 2022, networks will degrade in stages, meaning large swaths of coverage could disappear at any time, Ochsendorf pointed out to FleetOwner earlier this year.
Fargo, N.D.-based truckload fleet Midnite Express heeded Trimble’s warnings last year and began to upgrade its telematics early to prepare for the shift. “We’re ready for the 3G network sunset and don’t have to worry about any coverage interruptions for our drivers or customers,” declared Mark Wolter, director of safety and maintenance at Midnite Express. “Our goal was to get ahead of the curve and be proactive versus reactive.”
Like other telematics providers, MiX Telematics has been working with its customers to ensure there is no lag in coverage. “From a technology point of view, we’re already there in terms of being able to offer the next-generation LTE and core hardware,” said Jonathan Bates, head of global marketing. “That will be progressively rolled into existing customers when they change over vehicles.”
MiX customers bundle their telematics devices with services where MiX retains ownership of the hardware as part of the subscription fee. “In that bundle program, we’ll work out a specific changeover plan with our customers for when the hardware needs to be changed or upgraded to the next generation modem that is required,” Bates explained.
Fleet customers will need to install new hardware with a new SIM card to be 4G-ready, AT&T’s Park said. “Tapping video telematics, mobile asset management and productivity apps can help drivers adapt to new realities such as contactless deliveries and contact tracing in the wake of the COVID-19 pandemic.”
Park suggested the following steps for fleet managers who haven’t yet converted their assets:

“The switch from 3G to 4G LTE should be seamless for most commercial fleet operations,” added Verizon’s Miller. “Vendors are prepared for the switch and most likely already take advantage of 4G for wide coverage and faster data where possible. It is worth making a checklist of the communication devices used in day-to-day fleet operations and checking 4G LTE compatibility with the vendor.”
He stressed that fleets should pay particular attention to custom-designed systems, older hardware, and systems installed out of sight that can be forgotten easily. However, this is something telematics providers have had a lot of time to prepare for, Miller noted.
“The shutdown of 3G services should have little impact on commercial fleet management systems,” he said. “Keeping fleets connected relies on the widest geographic coverage, and while 3G helped enable the technology we have come to rely on, 4G LTE provides a superior service for the majority of locations.”

The future of 5G

Advancing technologies, such as mobile data, “continue to break down barriers, making it easier for businesses of all sizes to participate in the global marketplace,” Miller said. “One of the benefits of the move to 5G is the use of the vehicle as the centerpiece of a mobile work environment, enabling it to serve as a single point of contact for all types of connected work.”
As the exchange of data becomes faster, vehicles have the potential to become smarter and safer, Miller added. “Combining data received from in-vehicle sensors with local, national and global data sources will provide the driver with real-time assistance and instructions,” he explained. “In addition to creating a true mobile workspace, 5G will also empower the freight as a service (FaaS) model, helping to support on-demand capacity and service needs.”
ABI Research forecasts FaaS to represent 30% of total goods transportation revenues by 2030, with benefits including cost reductions, resource utilization improvements, and convergence of market landscapes through the adoption of a sharing economy business model.
“The first wave of these innovations will likely emerge from the 5G early adopter cities and spread rapidly as coverage expands across the country,” Miller pointed out. “For now, 4G LTE gives most fleets the competitive edge that they need.”
AT&T’s Park believes 5G will eventually make commercial vehicles — and U.S. roadways — “safer, smarter, more productive and more efficient” with 5G video intelligence to improve driver behavior and safety.
“One of the fastest growing parts of the market involves video telematics to enhance driver safety,” she explained. “We expect the industry to adopt more dual-facing cameras to help ensure drivers are following the rules of the road and to reduce distracted driving. The higher speeds and lower latency of 5G will improve video quality and may improve emerging safety features like driver coaching and reducing distracted driving.”
The fleets of the future will be a combination of smart vehicles and human expertise. “Vehicles will be connected to more services and data sources than ever,” Miller envisioned. “[Fleets] will have access to real-time data, video, and insights offering up advice and warnings on the go.  Their people will have access to apps and tools that help them be compliant, safe, more efficient and more productive. These fleets will have telematics at the heart of their operation and be able to respond quickly to change.”

The connected future of logistics

5G mobile technology promises a slew of benefits for businesses—from faster data speeds and more capacity to tailored services for a new generation of smart connected devices.
Progress across a range of wireless communication technologies is creating new opportunities for logistics to improve visibility, enhance operational efficiency, and accelerate automation. Well-known technologies such as WiFi and Bluetooth—and lesser-known technologies such as low power wide area networks and low Earth orbit satellites have been enhanced for industrial use. These next-generation wireless technologies will enable the next step in the communication revolution, moving toward a new world in which everyone and everything can be connected everywhere, according to a DHL trend report on the next generation of wireless in logistics.
The international logistic company recently surveyed 800 supply chain leaders and found that 60% of them believe the visibility of their supply chain is inadequate. The top three challenges among the respondents are achieving true end-to-end visibility, lack of a single centralized platform to drive Internet of Things (IoT) initiatives, as well as fragmented data collection from inherently complex supply chains. 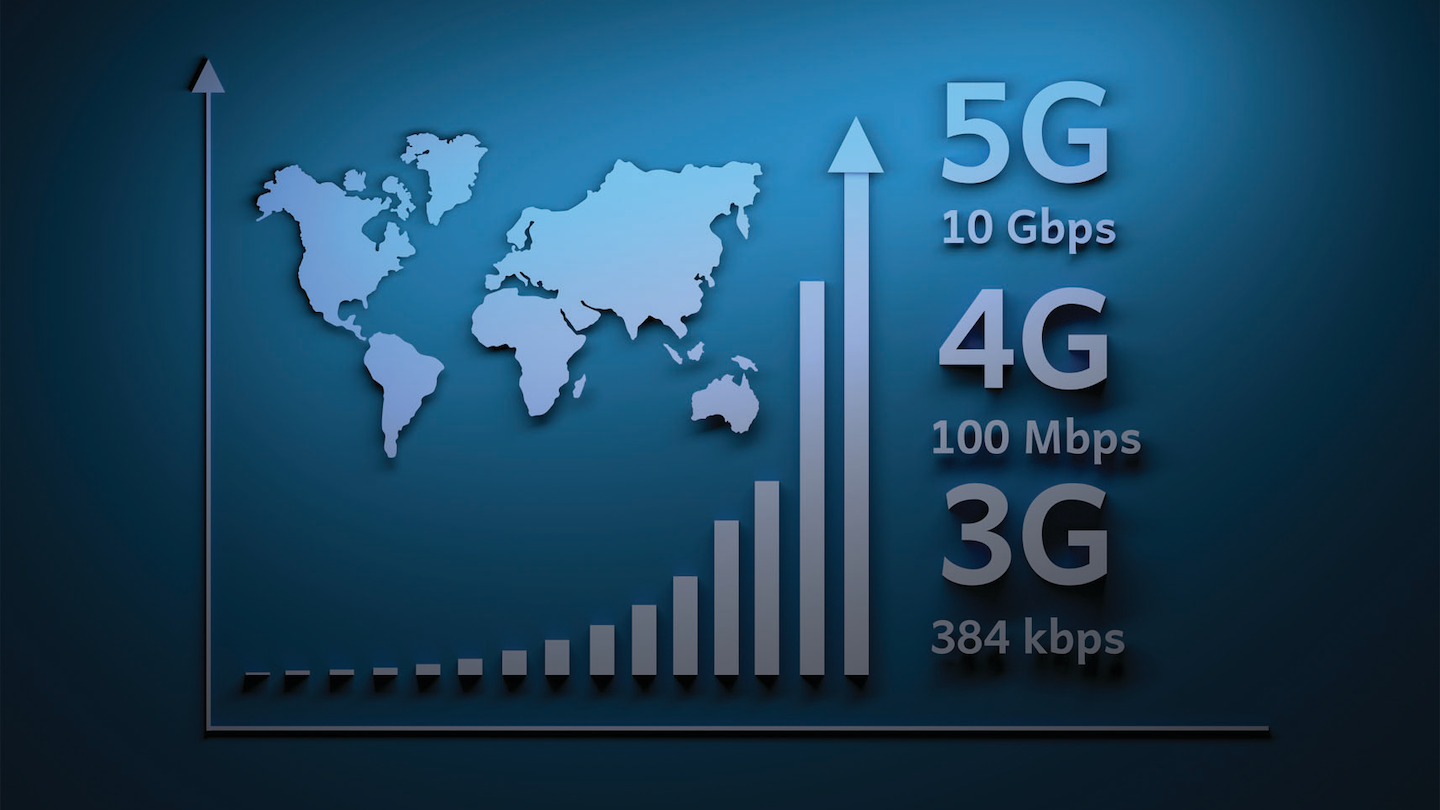 The top three priorities identified as shaping visibility strategies are end-to-end transportation visibility, inventory visibility, and the implementation of supply chain data analytics. Three-quarters of respondents said they intend to implement at least one next-generation wireless technology in the near future to achieve their visibility goals.
“After having transformed asset-light industries, the digital revolution is now rapidly changing more asset-heavy industries, from automotive and manufacturing companies to health care providers,” explained Markus Kückelhaus, vice president of innovation and trend research for DHL Customer Solutions & Innovation. “Our own sector, logistics, will be both a major beneficiary of the IoT-enabled digital revolution and an enabler of it. Although some parts of the logistics industry are already smart and connected, next-generation wireless is set to usher in the next wave of IoT in logistics.”
In a future where everyone and everything is online everywhere, DHL sees three key possibilities for the logistics industry:

While much of the forecast growth will be achieved using technologies that are already familiar to the transportation world, DHL argued that truly universal connectivity will require approaches that can offer new capabilities, including higher capacity, greater reach, faster speeds, better energy efficiency, and lower costs.
“Large-scale connectivity is an extraordinary technological and social success story,” said Matthias Heutger, senior vice president and global head of innovation and commercial development for DHL. “While IoT is not new in logistics, with 20 billion connected devices already in use globally, this story is still only just beginning.”
Original Source: https://www.fleetowner.com/technology/article/21136219/5g-a-fast-future-for-freight